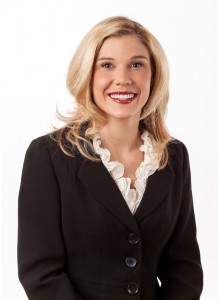 Alison is originally from Somerset, Kentucky and graduated from Pulaski County High School in 2000. She received a Bachelor of Arts degree in Political Science from the University of Kentucky in 2004. Alison received her law degree from the University of Dayton School of Law in 2007. Alison completed an internship with Fayette County Commonwealth Attorney Ray Larson in 2004. In 2005 Alison was a law clerk for Judge Debra Lambert who was the Family Court Judge for the 28th Judicial District at that time and currently sits on the Kentucky Court of Appeals.

Alison has been licensed to practice law in Tennessee since November 2007. She worked as an attorney for the Law Office of Donald D. Zuccarello where she represented individuals in workers’ compensation cases. Alison then worked at Howell & Fisher, PLLC where she defended large companies in workers’ compensation, personal injury, medical malpractice, civil rights and employment law cases. She participated in oral arguments before the Tennessee Supreme Court Workers’ Compensation Panel on two separate occasions.

In January 2010 Alison became licensed to practice law in Kentucky. She worked for three (3) years at Lambert Law Office in Rockcastle County, Kentucky and then opened her own office in March 2013.

Alison attends Word of Faith Church off Highway 80 in Somerset. In her spare time Alison enjoys watching UK football and basketball games, being outdoors and spending time with her family.